On June 24, Walmart China and the China Foundation for Poverty Alleviation made a joint return visit to Wenxi Primary School in Tianzhuang Township, Anhua County, Yiyang City, Hunan Province to inspect the use of "charity kitchen" there. At the event site, Walmart China made a further donation of RMB1 million to the China Foundation for Poverty Alleviation to support the continuous improvement of nutrition for children in underdeveloped areas and help them to grow up healthily. 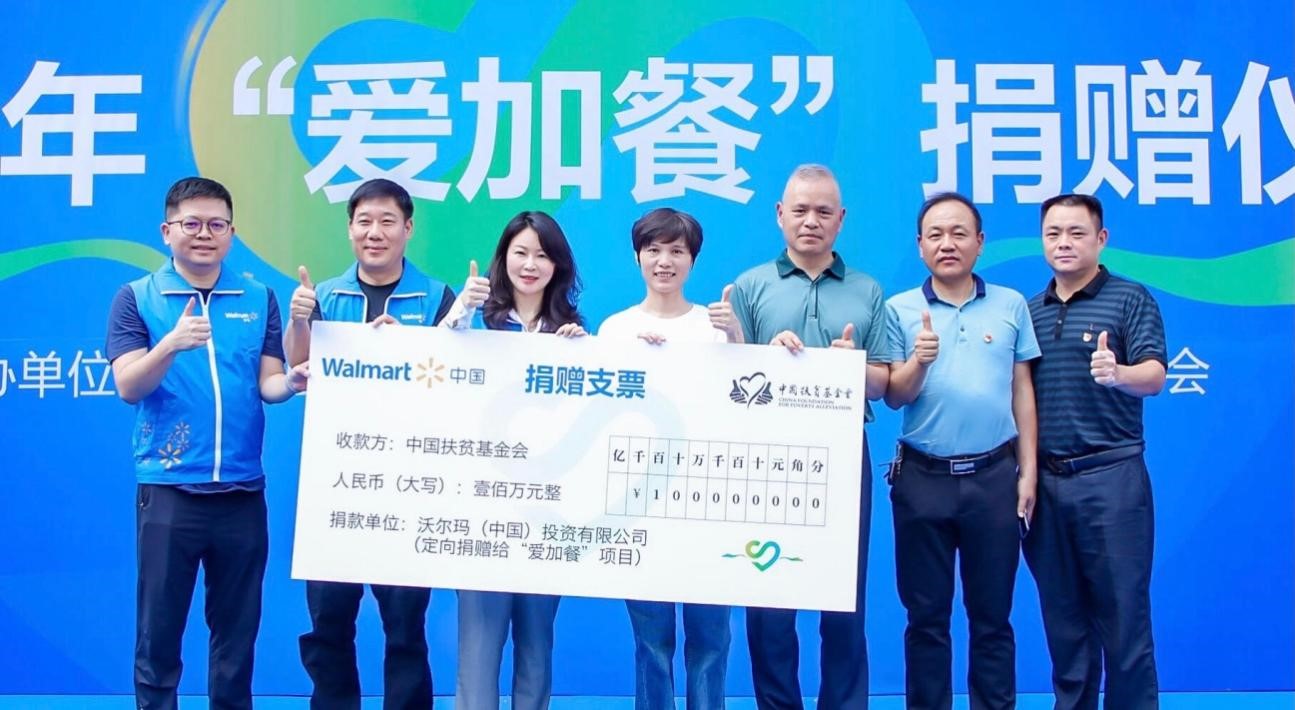 Photo: Ms. Liu Ying (third from left), Vice President of Corporate Affairs, Walmart China, presented the donation to the China Foundation for Poverty Alleviation on behalf of Walmart China. Ms. Wen Huifang (fourth from right), Director of the Child Development Project Department of the China Foundation for Poverty Alleviation, accepted the donation on behalf of the Foundation

Since 2011, Walmart China has proactively participated in the “ The Nutritious Meals for Children Program” of the China Foundation for Poverty Alleviation to provide nutritional meals of “one bottle of milk + one egg” for children in underdeveloped areas. At the same time, Walmart China has also worked with suppliers, customers, and associates to raise a total of more than RMB17 million for the Program.

Ms. Zhu Xiaojing, President and CEO of Walmart China, said: "Walmart China has persistently paid high attention to the food safety and nutritional health of Chinese children. From the initial provision of “a box of milk and one egg" for children in underdeveloped areas to the supply of nutritional meals in 9 provinces, we have been constantly taking concrete action to create the shared value for local communities. Our commitment to the force of good is Walmart’s values and beliefs as always.”

Wenxi Primary School is a local boarding school. More than 300 local families, half of which are archived poverty-stricken and marginal families, send their children to study there. In the past, school chefs had to get up early and use firewood to cook meals for students. In 2017, Walmart donated a "charity kitchen" to Wenxi Primary School through the China Foundation for Poverty Alleviation to improve the catering conditions of the school. Today, many students choose to dine at the school, because "the school canteen provides more delicious and nutritious meals than they can get at home." 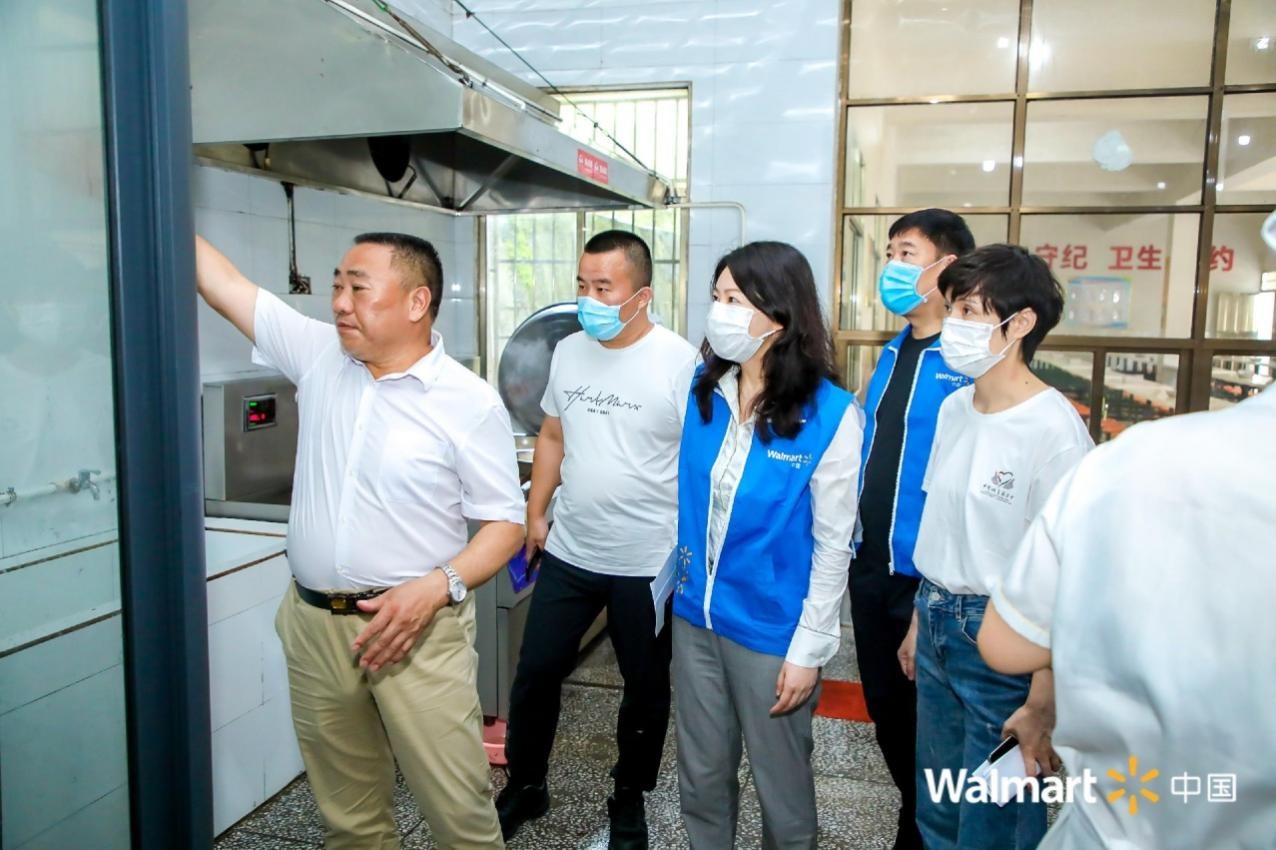 In Sichuan, Yunnan, Guangxi, Guizhou, Hebei, Henan, Hubei, Hunan, Chongqing and other places in China, there are many schools like Wenxi Primary School that have benefited from Walmart’s “charity kitchens”.

In the 10 years of participation in the “The Nutritious Meals for Children Program”, Walmart China has provided about 3.24 million nutritional meals, benefiting students approximately 45,000 person-times, donated charity kitchen equipment to 66 schools in underdeveloped areas, carried out nutrition knowledge education, shared nutrition knowledge and practices, and enabled local children, families and schools to establish the correct awareness of nutrition and health. 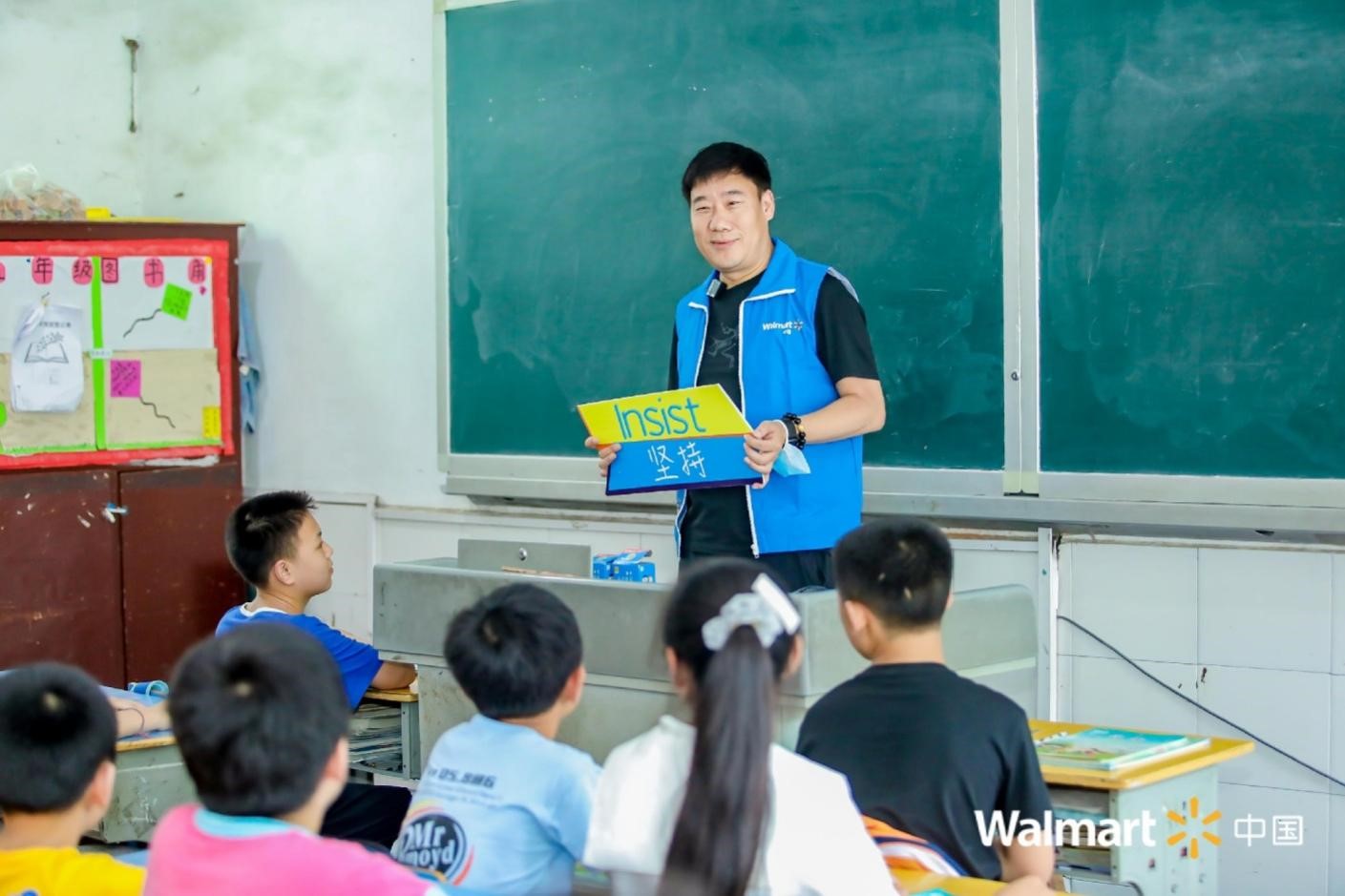 According to a nutritional evaluation survey conducted by the Chinese Center for Disease Control and Prevention on the areas benefitting from the “The Nutritious Meals for Children Program” (taking Guangxi as an example), there has been significant improvement on the malnutrition, growth retardation, moderate and severe weight loss and anemia conditions of children in the project areas.

Ms. Liu Ying, Vice President of Corporate Affairs, Walmart China, said, "This year marks the 10th year of our support for the ‘ The Nutritious Meals for Children Program’ and the 25th year of Walmart’s entry into China. In the future, we will continue to fulfill our corporate social responsibility and contribute to the sustainable development of communities across China in the upcoming 25 years and more.” 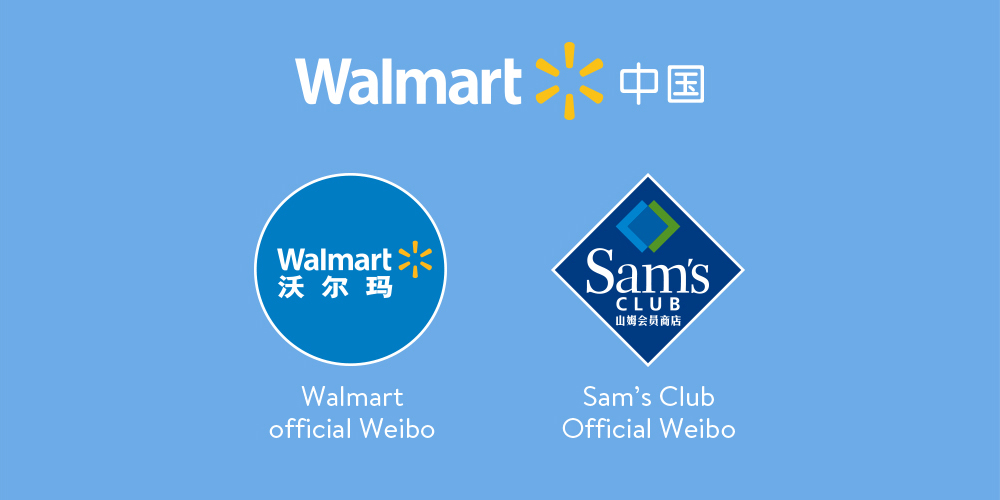 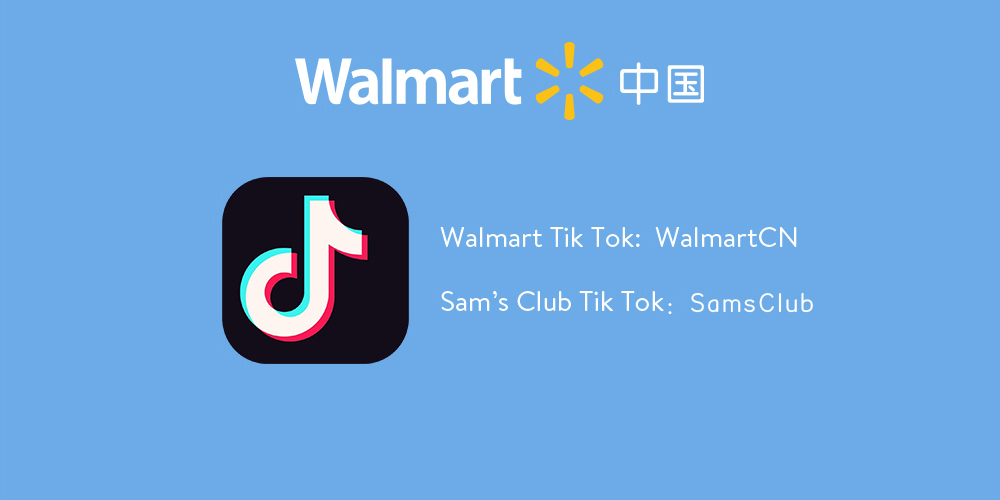